Meet the Board of Directors

Great things don’t just happen on their own. It takes a team of dedicated volunteers to help make Sustainable Cobourg awesome. These passionate individuals give up their time every day to help the community and us. The next time you see one of these people, make sure you stop and tell them just how much you appreciate what they’re doing and ask what you can do to help. Gudrun came to Cobourg in 2005 from Toronto. Originally from Heidelberg, Germany, she arrived in Halifax, Nova Scotia, in 1950/51 with her family, when she was four. Educated at Blythwood Elementary School, North Toronto Collegiate, and Toronto Teachers’ College, Gudrun continued her education by achieving a Master’s degree from O.I.S.E., and was accepted into a Doctorate program at the University of Toronto. She declined an opportunity to attend The Julliard School of Music in New York as a teenager.

After a forty-three year career in education, having worn many hats, from classroom teacher, to specialty teacher in music, art, drama, special education, French, English second language, swimming, physical education, to workshop leader, editor/writer, and finally as administrator, she decided it was time for a change.

Having been involved in establishing a community organization in Toronto called “Urban Harvest”, Gudrun witnessed first-hand the power of community. With that experience, she felt she could contribute to the newly formed Citizens for a Sustainable Cobourg. This was a wonderful group of enthusiastic Cobourgians who wanted to play an active role in helping to shape Cobourg as a sustainable community. After her return from teaching in China in 2009, Gudrun made a commitment to work with both Sustainable Cobourg and its sister organization, Go Green Together under Judy Smith-Torrie.

Gudrun’s three children are all in Toronto and enjoy visiting this lovely place by the lake with their own children. 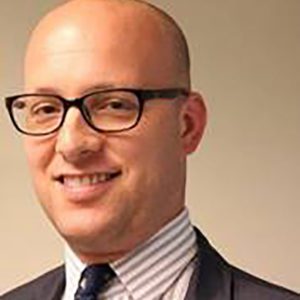 Hugo has been employed at RBC since 2008, where he currently serves as Vice-President, York Retail & Business Services Group in Commercial Banking. During his career at RBC, Hugo has worked as a Senior Commercial Account Manager in the GTA, and has had Senior National Office roles in Operations, including managing a series of Operations centres across the Americas.

Prior to his time at RBC, Hugo worked as a lawyer in Toronto specializing in criminal defense, administrative law, and providing legal service to low-income families.

In his downtime, Hugo looks forward to spending time with his wife & two young children, a bulldog and a cat. Hugo also enjoys physical fitness and playing the drums.

Having a young and growing family has provided Hugo with a deep appreciation of the importance of sustainability. Hugo lives in a nearby town and sees the value of community-based efforts to raise climate change awareness at the local level.

Hugo has an MA from York University, an LL.B. from Osgoode Hall Law School and an MBA from the Rotman School of Management. 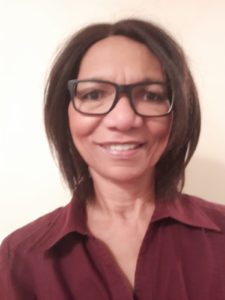 Lorna is an accomplished Administrator with years of experience within progressive and environmentally conscious organizations. A keen social and community awareness was acquired through various work experiences within strong long standing Canadian corporate companies, who consistently demonstrated their environmental and social commitments. Lorna benefited from working on a national scale, and in that capacity, grew to understand and appreciate the diverse and fragile space we hold, and the importance of sustainability. She embraces a continuous learning culture and believes learning and contributing go hand in hand. She is an enduring volunteer, for which examples are the Canadian Diabetes Association and the Northumberland Orchestra and Choir. She moved to Cobourg in the late 1990’s, from Toronto. When not active in community events, or travelling, she loves to spend time on puzzles, listening to music or simply being in the garden.. 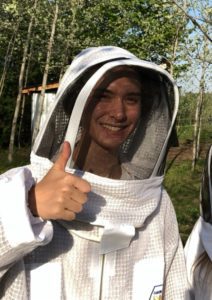 Tovan is a third-year student at Trent University studying Biomedical Science out of Cobourg. Having gained experience participating in the Environment club, Interact club and for the Fair Share Food Bank throughout high school, he is committed to creating spaces for youth to participate in bettering our community and planet. As a novice beekeeper, he learned the important role pollinators play in contributing to our environment’s well-being and grew to understand the significance of protecting this delicate balance through sustainability.

In addition to his role with Sustainable Cobourg, he is an ongoing volunteer with the Hospital Elder Life Program at the Northumberland Hills Hospital, an executive member of the Undergraduate Biology Society at Trent, and an alumnus of the Summer Scholars Program at McMaster University where he contributed to research on T-Cell Immunotherapy.

He is driven toward engaging everyone in the community through accessibility and inclusion. Through a monthly ‘Sustainable Youth of the Month’ spotlight, Tovan showcases local everyday actions we can all take to work towards sustainability, which can be found on SC socials. Tovan is the director of social media and warmly invites new ideas and perspectives to share! 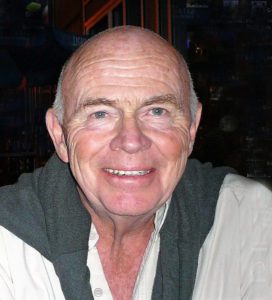 Warren has lived in the region since 1995 and in Cobourg since 2011. For 15 years prior to retiring, he owned and ran a business-skills training & consulting firm which helped major IT, banking and consulting firms to learn and stay focused on their client’s story. Prior to being an entrepreneur, Warren enjoyed successful management positions in service, sales, marketing and operations in large, medium and small IT firms. In addition to Sustainable Cobourg, his community service has included Big Brothers and Sisters, a Youth Justice Committee, the Business Advisory Centre Northumberland and four Cobourg Council Advisory Committees. In addition to volunteering, Warren enjoys family, reading, thinking, discussions, travel and golf.

Advice for business owners: – Success is much more likely by doing good work on the right things than by doing excellent work on the wrong things. 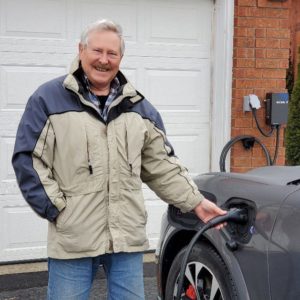 Originally from Vancouver, received BASc Mechanical Engineering from UBC, moved to Ontario 1970. Got MBA (MIS) from UofT. Always interested in environmental/sustainable issues, working in nuclear power, nuclear waste and hydroelectric generation at Ontario Hydro/OPG for many years. Did IT (SAP) consulting for 10 years. Joined SC December 2019, based on Town of Cobourg’s Declaration of Climate Emergency. Together with Judy Smith, Steve Lapp and Doug Vowles co-founded the EV Society Northumberland Chapter, currently EV Chapter Lead. Joined Town of Cobourg Transportation Advisory Committee as EV Resource. Interested in EVs for several years, took delivery of Mustang Mach e in February 2021. Since 2020, we’ve been informing over 100 EV enthusiasts about webinars, meetings & other online events supporting the adoption of electric vehicles. To learn more about EVs and to be added to our EV Society-Northumberland mailing list, send a request to David.kuhnke@evsociety.ca. 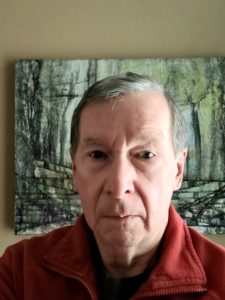 Bill Glover is a Cobourg native since 2016. BScForestry (Wood Science) from U of Toronto. Worked for several wood industry associations over 13 years before joining Canadian Standards Association to manage construction materials and engineering design standards committees. Leaving CSA, I operated a one-person home repair business in Toronto. Moved to escape Toronto and retire close to my daughter and her family, and because Northumberland is an interesting and attractive place to live. Returned to cycling after arriving in Cobourg, joined the Northumberland Hills Cycle Club from which I was introduced to the Bicycle Action Committee and then the Cobourg Transpotation Advisory Committee. I became Co-Chair of the BAC in summer of 2021. My interest in cycling and this committee work is to encourage the completion of a fully connected cycling network, to afford cyclists of all ages the option of safe commuting and healthy enjoyment of recreational cycling within our community. Had the dice fallen differently at university, I might have ended up working in watershed management.

START MAKING A DIFFERENCE IN YOUR COMMUNITY 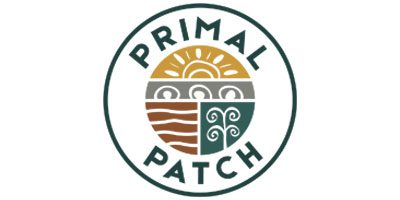 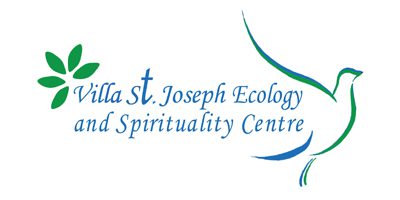